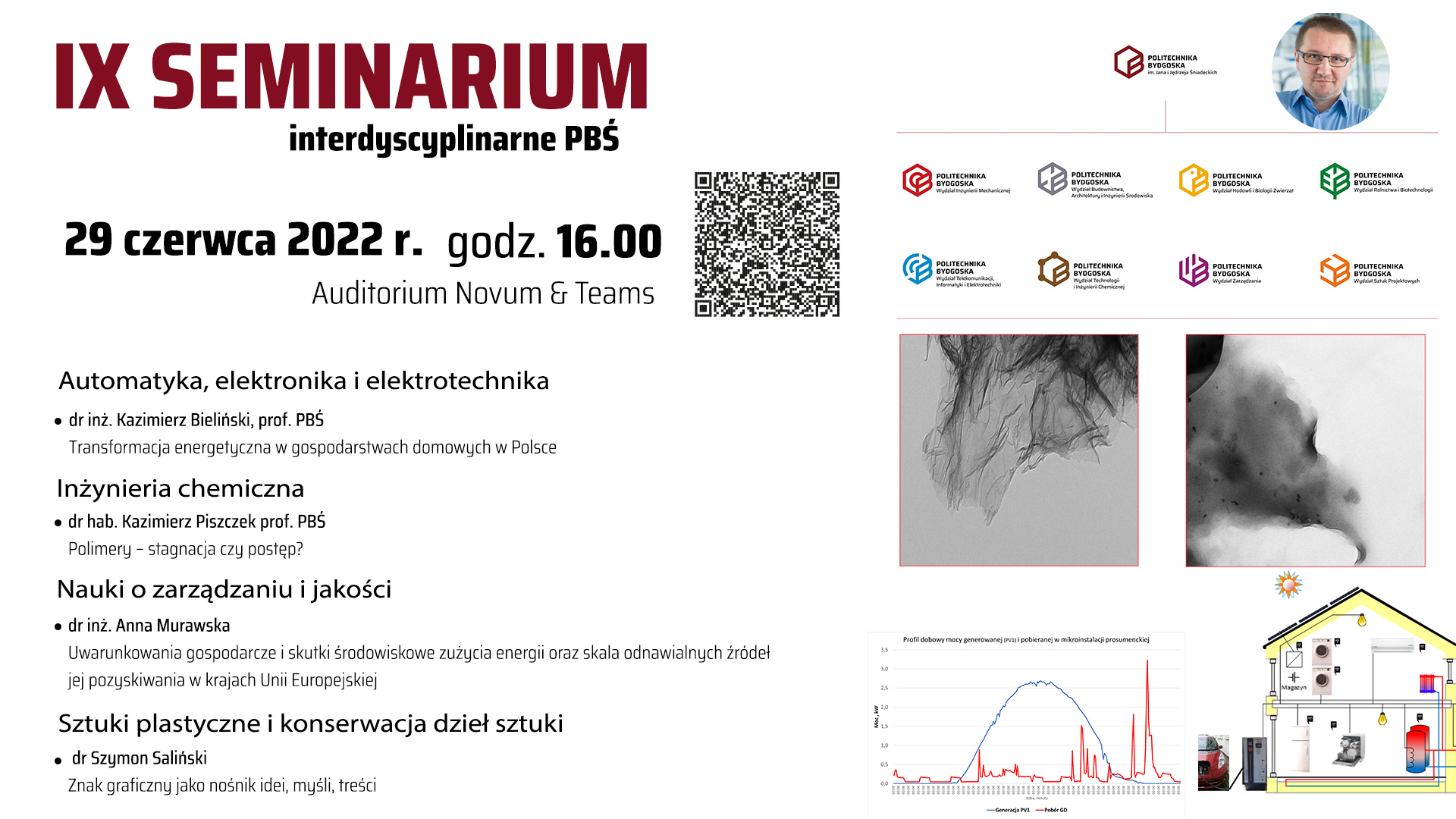 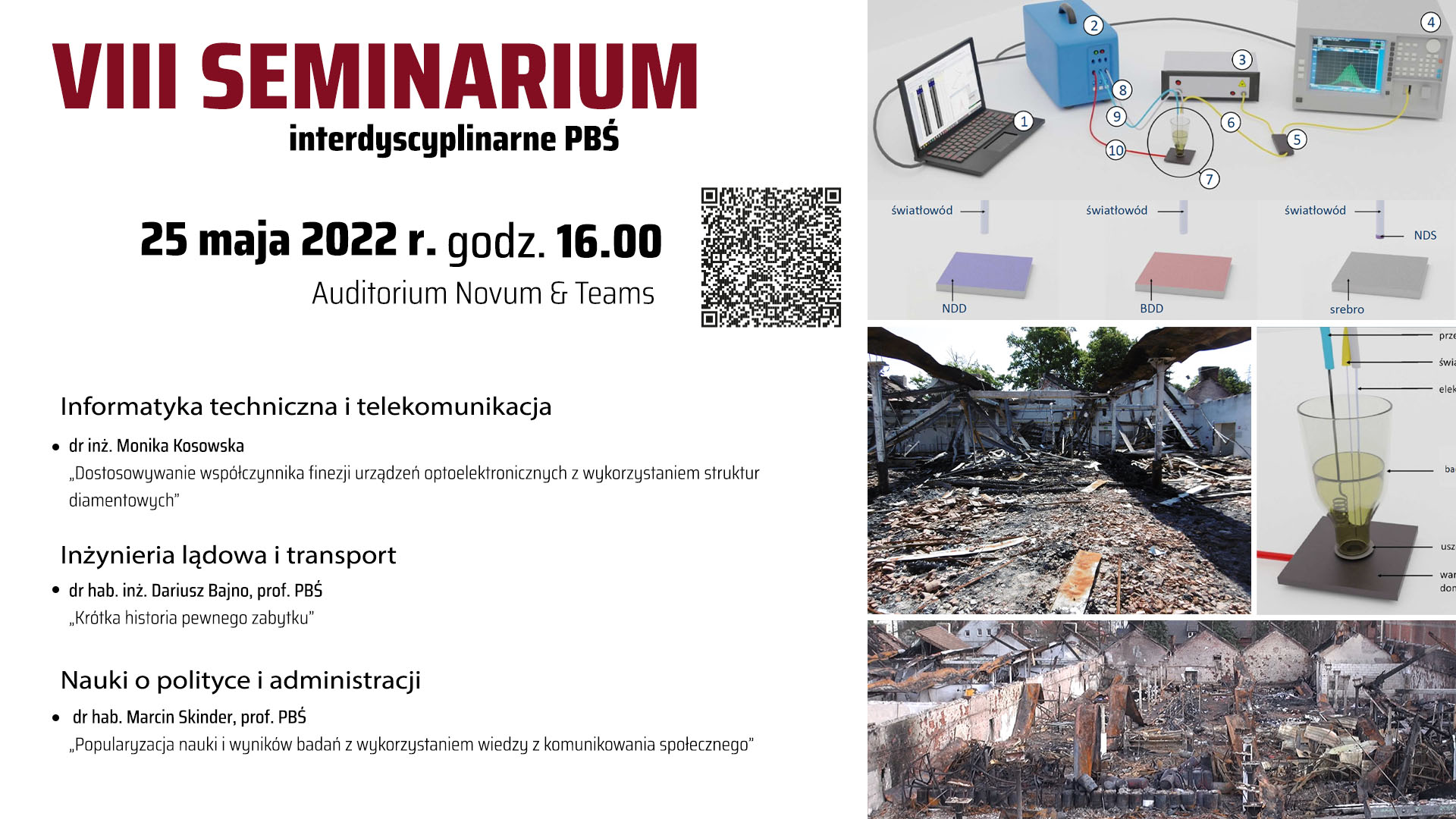 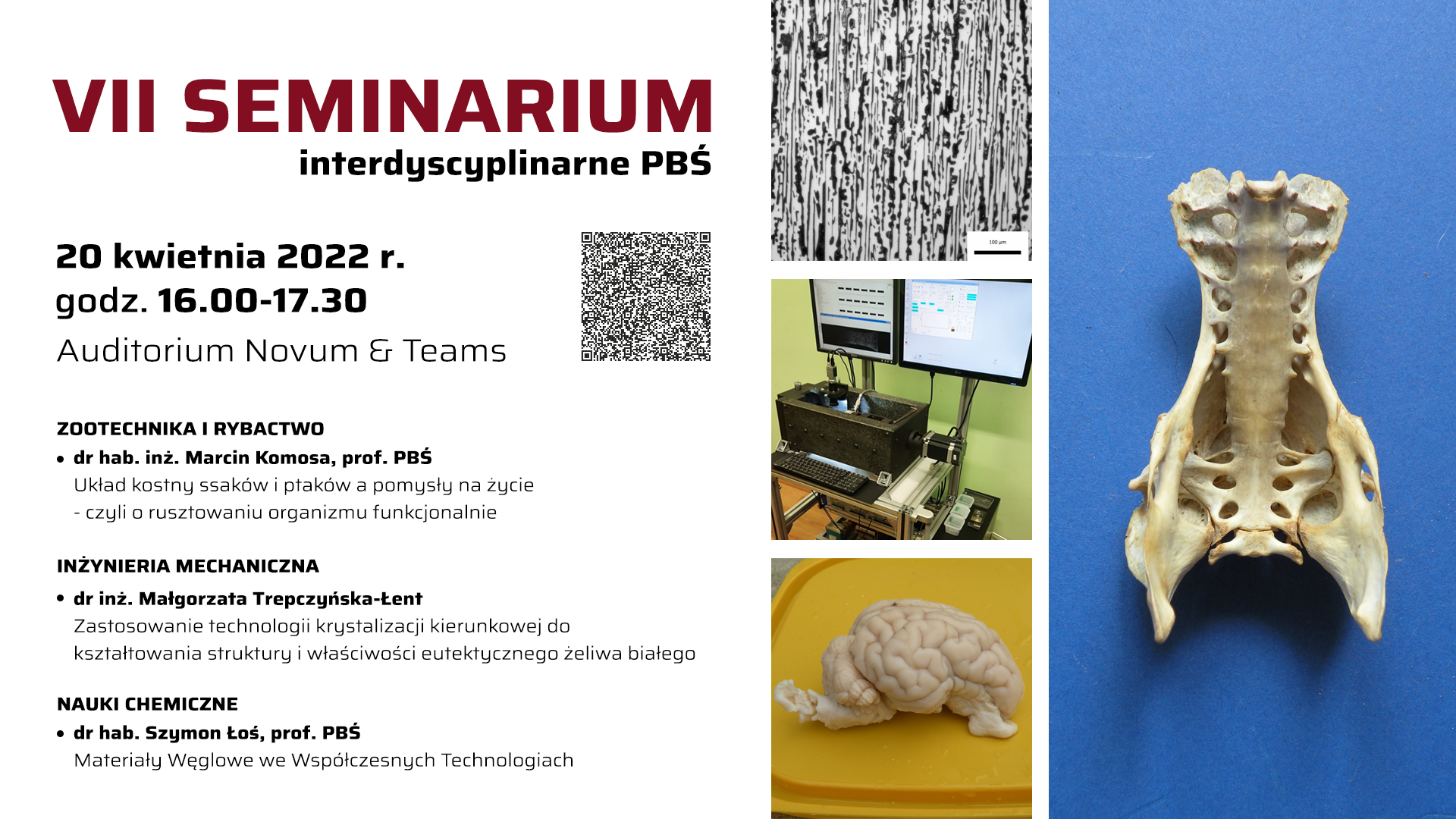 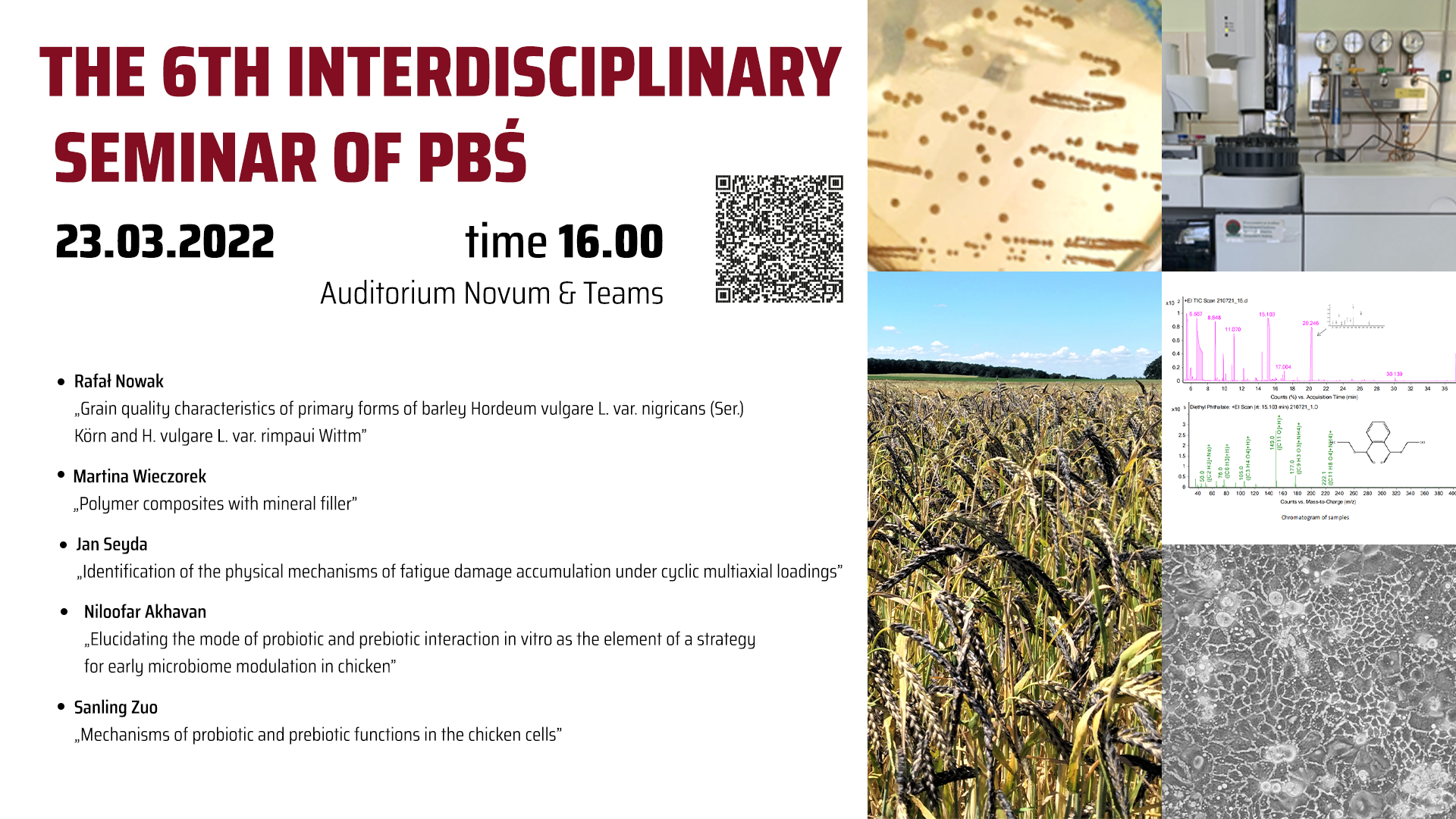 Barley is widely used in the food industry. In comparison with bread cereals, it_ is characterised by a lower content of sugars, especially starch, and a higher content of non-starch polysaccharides. It provides more protein with a higher biological value and contains many minerals and antioxidants.
The primary forms of this species - black barley (Hordeum vulgare L. var. Nigricans (Ser.) Körn) and hooded barley (Hordeum vulgare L. var. Rimpaui Wittm) - can be particularly valuable in this respect. These forms belong to the two-row barley subspecies. They form grains that are mottled, dark brown to black in colour, set on a loose and sagging spike. Black barley forms a bony spike, while cap barley has bones transformed into caps. Analysis of the chemical composition indicates a higher mineral content in the black-coloured grain of the original hooded form. This grain contains more phosphorus, potassium, manganese, zinc and iron than the grain of the modern form of barley. Only the copper and slightly calcium content is lower. Grains of the original forms are also characterised by a higher content of protein, with a high biological value. Blackbark and hooded barley contained on average 12.7% and 8.5% more total protein in grain than the traditional form. The average content of amino acids in black-coloured grain was 768 g-kg-1 protein, including exogenous ones in the amount of 240.7 g-kg-1 protein. Bare-bones black barley outperformed the conventional and hooded forms in this respect by about 13% and 5%, respectively. The essential amino acids present in barley protein in the highest amount were leucine and phenylalanine. Protein utilisation (CS) was limited by valine and methionine.
According to literature reports, the black colour of grains is due to the content of phytomelanins, which are formed from oxidised and polymerised phenolic compounds. Blackbone and hooded barley may therefore exhibit significant antioxidant potential.

Poly(vinyl chloride) (PVC) is a thermoplastic material widely used in the industry. It is characterized by good resistance to atmospheric and chemical factors and a low production cost. However, its low thermal stability limits the range of applications of this material. Halloysite is a natural clay mineral with many potential applications in different industrial fields. Due to its unique structure, halloysite has proven to be a filler used to improve the mechanical properties of polymer composites, including composites with PVC matrix.
In order to obtain favorable properties of polymer composites with halloysite, it is often necessary to modify the mineral i.a. by using calcination method leading to improvement of interface interaction polymer- filler.
The effectiveness of calcination was confirmed by X-ray diffraction, Fourier-transform infrared spectroscopy, scanning electron microscopy (SEM)  and by nitrogen adsorption method.
Composites based on unplasticized PVC dry blend with raw halloysite (HA) from the Dunino mine in Poland and, separately, with calcined halloysite (KHA) were prepared  in a molten state by using  Brabender mixing chamber. The structure of halloysite and PVC composites with 1 wt%, 5 wt% and 10 wt% of fillers was characterized by SEM observations. The mechanical properties such as tensile strength and Young’s modulus  were also tested.
The reduction of plasticization time and simultaneous increase of maximum torque with filler content were found basing on the results of plastographometric analysis. Basing on the stress-strain curves it was stated that the fracture mode changes from brittle to ductile in case of  the PVC samples containing the calcined mineral in comparison to those containing the non-calcined filler. The SEM images confirm the brittle behavior exhibited by the PVC/HA samples and the ductile behavior characteristic for the samples with KHA.
The tensile test results indicate a slight increase in the modulus of composites with halloysite compared to unfilled PVC whereby this improvement is more noticeable in case of calcined halloysite.

The aim of the present work is to identify the mechanisms of initiation and propagation of small fatigue cracks in selected materials under multiaxial loadings, including asynchronous cases. To study the evolution of small cracks and main crack formation, the cellulose acetate thin foil replication technique was utilized. Fatigue tests were performed on thin-walled tubular specimens, which were mirror-polished after CNC machining, to avoid the influence of unwanted factors. SEM observations of fatigue fracture surface were conducted and compared to previously obtained data.
The first part of fatigue tests was performed on specimens manufactured from PA38-T6 (AW 6060-T6) aluminum alloy. Fully reversed axial, torsional, 90º out-of-phase and one case asynchronous loadings were applied in elastic-plastic strain regime, with strain control. For these loading cases a shear damage mechanism was identified, based on the observation of small cracks. The small cracks initiated ate grew on maximum shear strain planes. The main crack formed at the very end of fatigue life by coalescence of small cracks of high density, regardless the applied loading case and level. An interesting difference in cracking behavior was observed in case of out-of-phase loading, on the low loading level. Small cracks propagated, and the main crack formed by linking of a few propagating cracks. The material reveals an important sensitivity to the non-proportionality of the loading case. Small cracks propagate faster, accelerating coalescence, which significantly shortens the fatigue life.
The research is in progress and will be extended to the lower levels of strain as well as other cases of loadings, including asynchronous loadings.

4. Niloofar Akhavan - Elucidating the mode of probiotic and prebiotic interaction in vitro as the element of a strategy for early microbiome modulation in chicken.

Modulation of chicken intestinal microbiota by probiotics, prebiotics and synbiotics (their combination), is a sustainable strategy to enhance the gut health and immunity of the chicken and a solution to combat the stresses related with intensive poultry production. It is hypothesized, that the In ovo stimulation of the embryo with probiotics and prebiotics result in a unique and beneficial profile of gut microbiome. Therefore, it is important to develop a know-how for selection of candidate bioactive substances and to understand their mode of action to a possible maximum, prior to implementation. The understanding of biological substances should be approached at systemic levels. It can be performed to some extent, by simplification of the models and separating the biological factors in vitro.
In a first place a selection of several different strains of probiotic bacteria candidates such as Lactobacillus rhamnosus 25, Clostridium butyricum, was proposed to find which of these strains grow after cultivation with prebiotics and which of them would survive in the intestine after in ovo injection. Several poultry/human pathogens such as Mycoplasma gallisepticum a gram-negative, coccoid bacteria that cause chronic respiratory disease in poultry and, Campylobacter jejuni a gram-negative, non–spore-forming coccobacillus that cause Fowl cholera in poultry have been selected and will be used e.g., to investigate as to how our selected probiotics and prebiotics prevent them to grow in culture. Moreover, the dedicated tests to examine the antibiotic resistance of the selected pathogen strains, will be applied, targeting up to 20 antibiotics relevant to poultry It is expected, that this stepwise and proof-based strategy connecting at least 2 disciplines (zootechnics, biological sciences and veterinary) will efficiently assist the choice of bioactive substances for early life technologies in poultry production.
The obtained results will be merged with a metabolic study of footprint and fingerprint of the same probiotics, allowing to increase the understanding about the mechanisms and functionality of probiotics in the host gut during peri-hatch period.
Keywords: probiotic, prebiotic, chicken, intestine, microflora, microbiota, in ovo
the research is financed under National Science Centre UMO-2019/35/B/NZ9/03186

5.    Sanling Zuo - Mechanisms of probiotic and prebiotic functions in the chicken cells

The performance of chicken is reflected in the health and physiological status of internal organs. Chickens with poor microbial properties get susceptible to intestinal microbial infection with a large number of deaths in severe cases. There are many studies that have recognized affecting host health by influencing host-gut microbe interactions，whose key effects occur during the perinatal period. Using in ovo model enables delivery of probiotics or synbiotics prenatally, to provide effective embryonic microbiome colonization.
The metabolic footprints and fingerprints of potential probiotics and probiotics are preselected in vitro and can be tracked in vivo to determine the metabolic characteristics and function of them. Parparallel analysis of metabolic fingerprints and footprints was able to show possible interconnection between intracellular metabolites and extracellular metabolites. Its metabolomics research relies on high sensitivity and resolution analysis techniques, commonly used Gas chromatography–mass spectrometry(GC-MS) and Liquid chromatography–mass spectrometry(LC-MS). With an optimized sample preprocessing, the efficient separation of complex samples can be achieved in a short time, and the compound information can be directly compared from the standard database, which is easy to be qualitative. Developing an in vitro cell culture system mimicking the chicken gut to explain the microbiome regulatory role of probiotics and prebiotics in gut health. After evaluating the cell differentiation status, preselected probiotics and prebiotics are added at the optimal time. The changes of intestinal epithelial cells were observed after co-culture, and the microbiological regulation mechanism was analyzed from the perspective of multi-omics to explain the interaction between probiotics and intestinal wall cells.
In conclusion, by combining the interdisciplinary acheivements from zootechcnics and chemical science,  it is expected to clarify the function of probiotics and probiotics in the chicken intestine.
Financed by NCN under the grant agreement UMO-2019/35/B/NZ9/03186 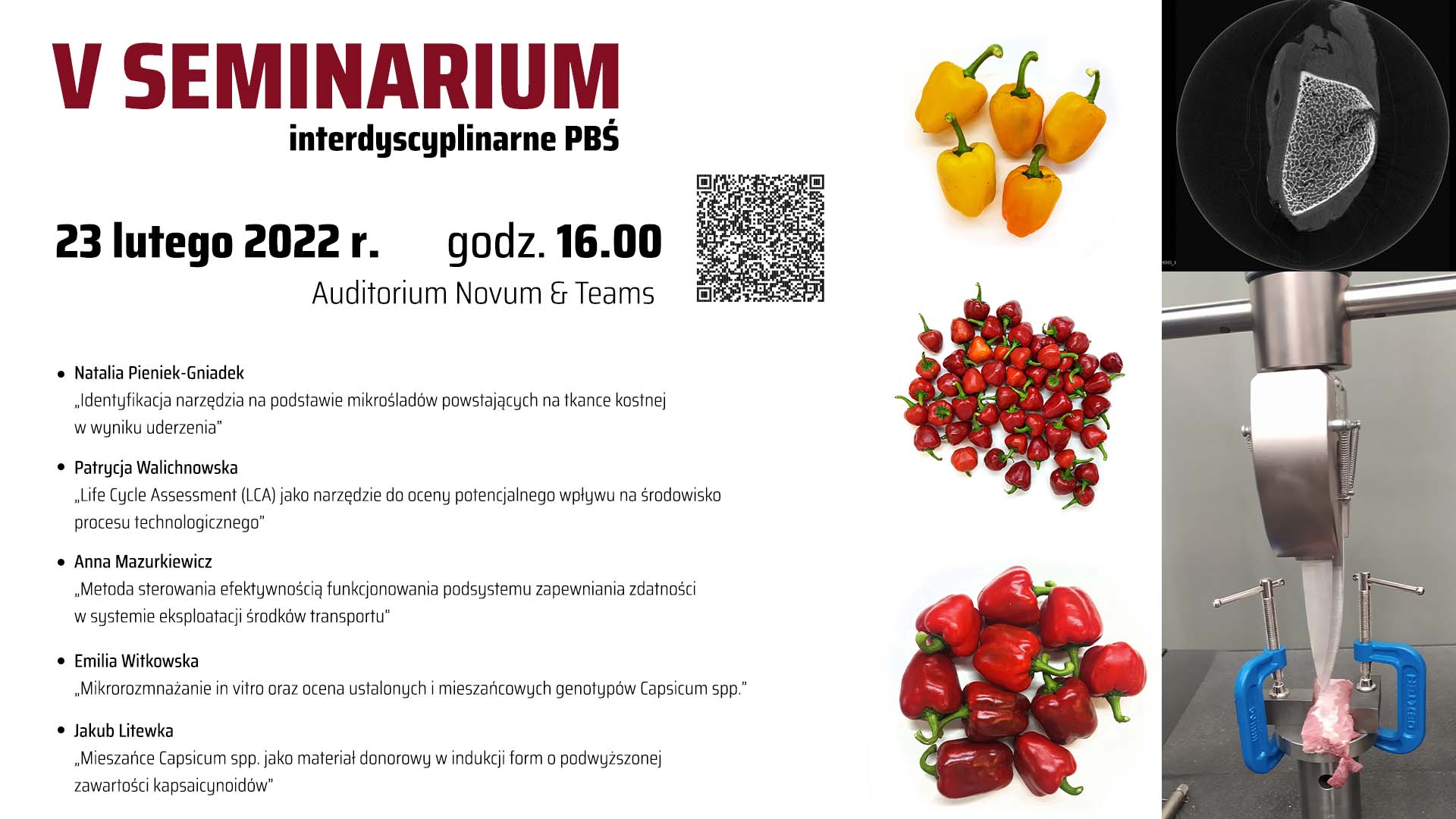 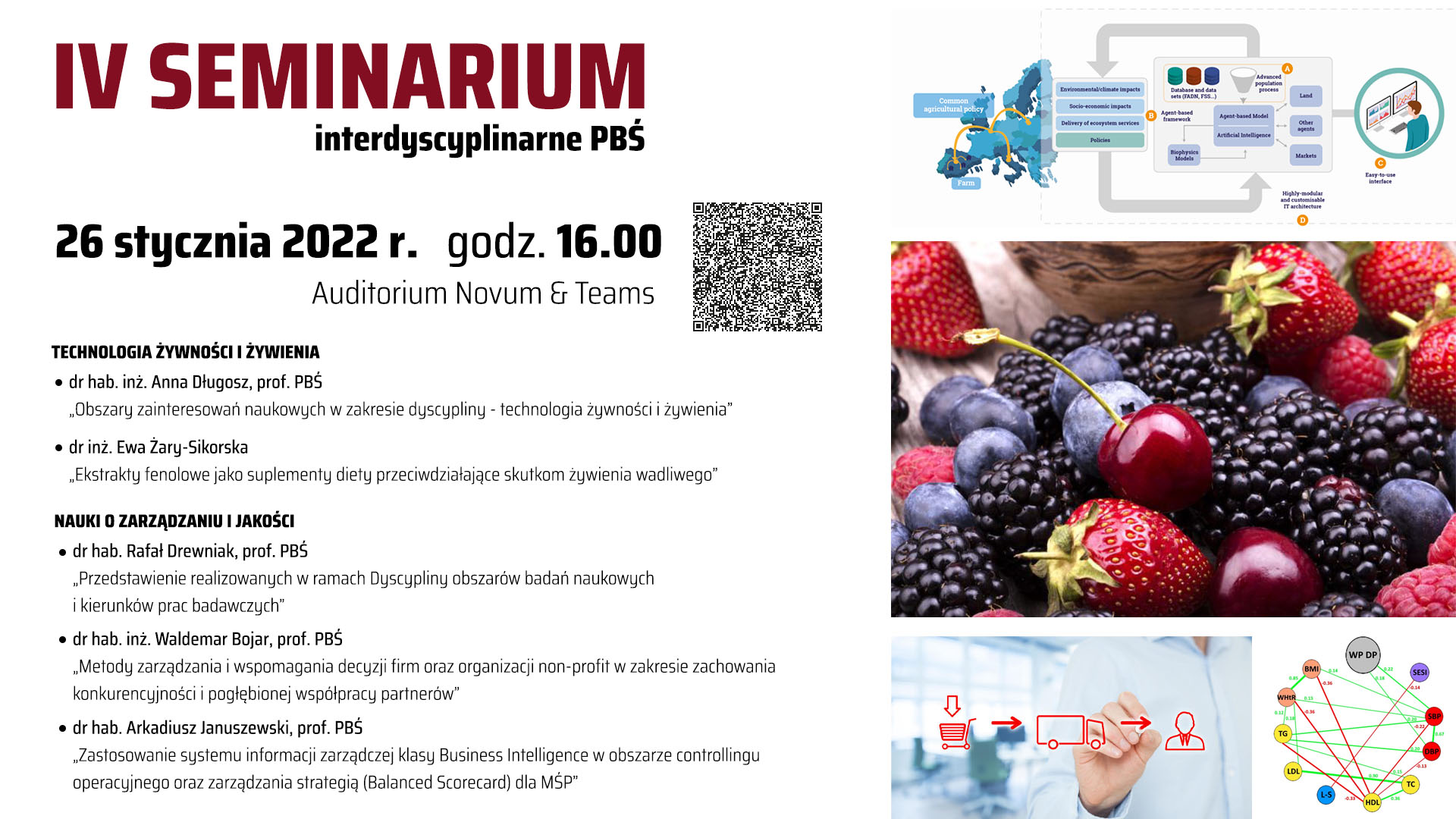 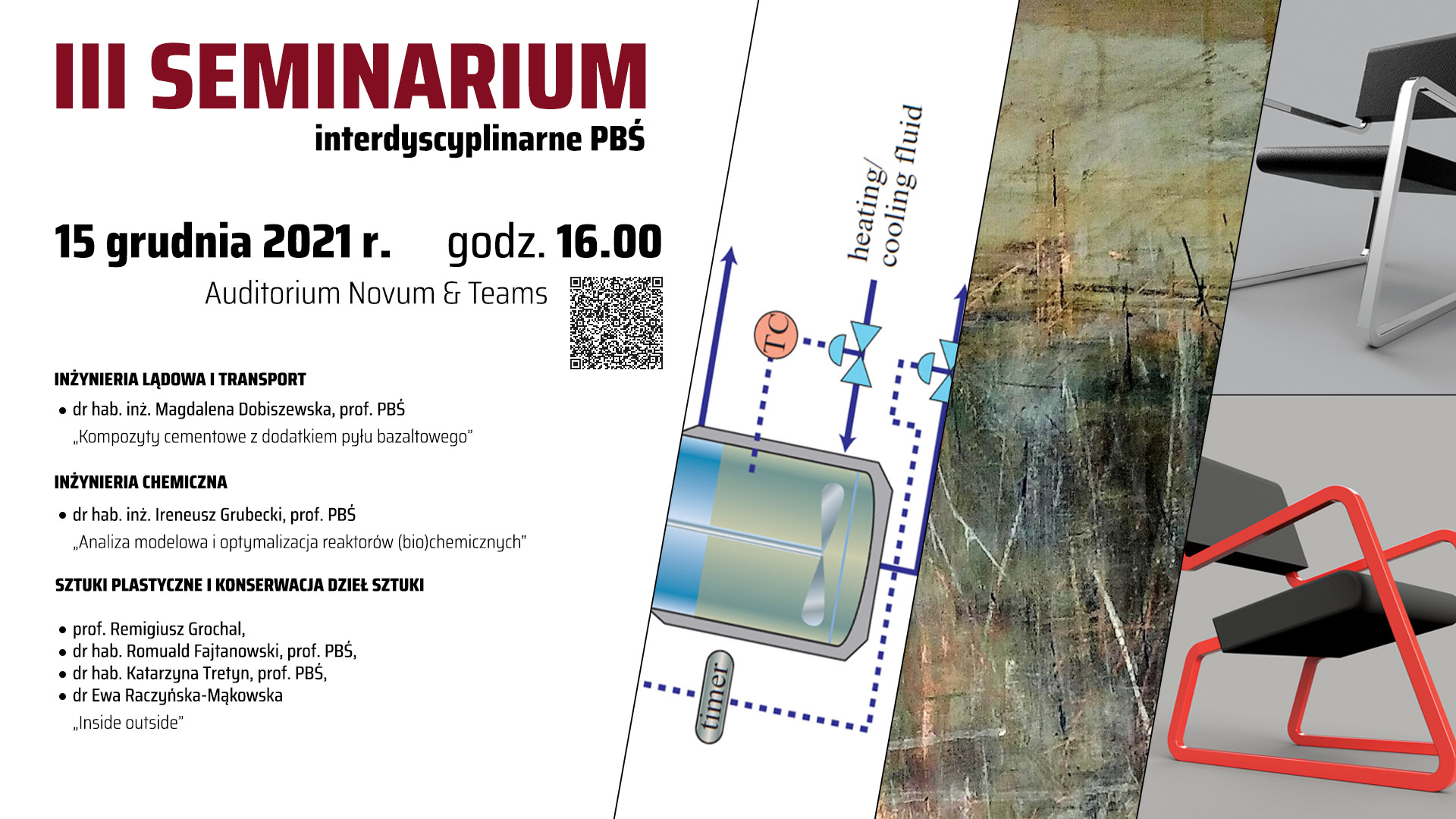 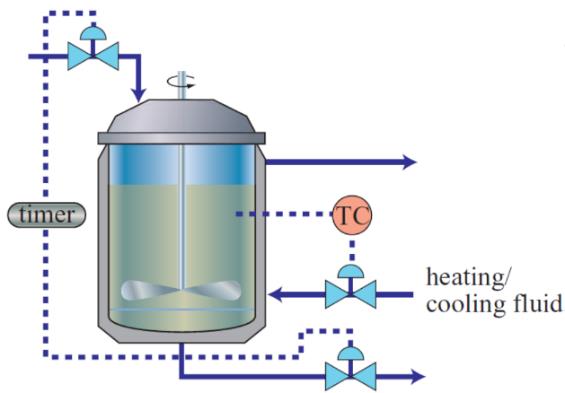 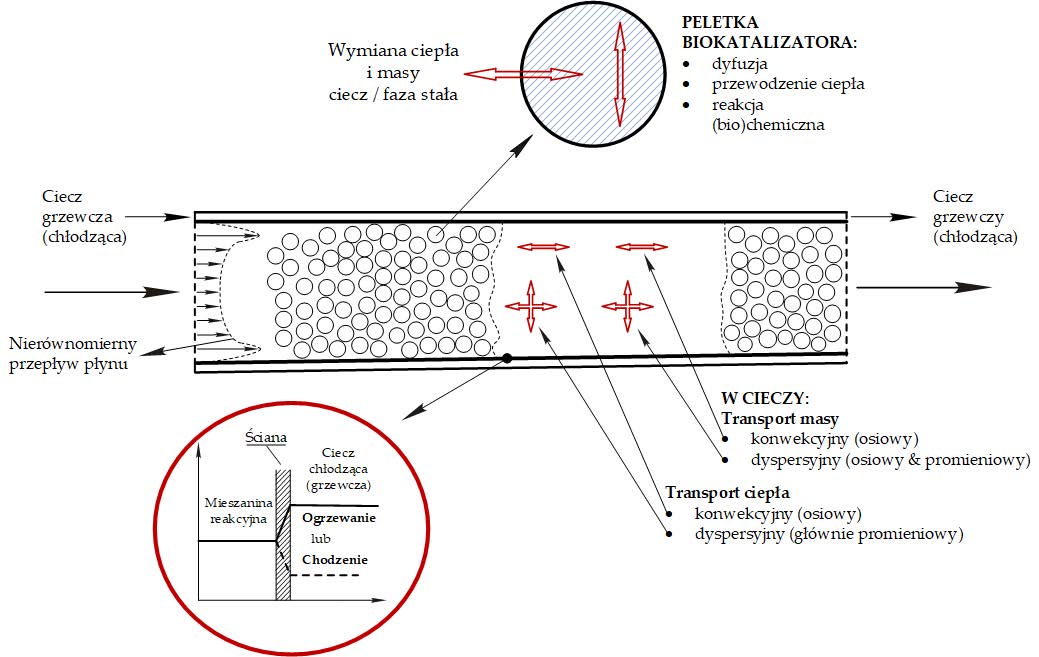 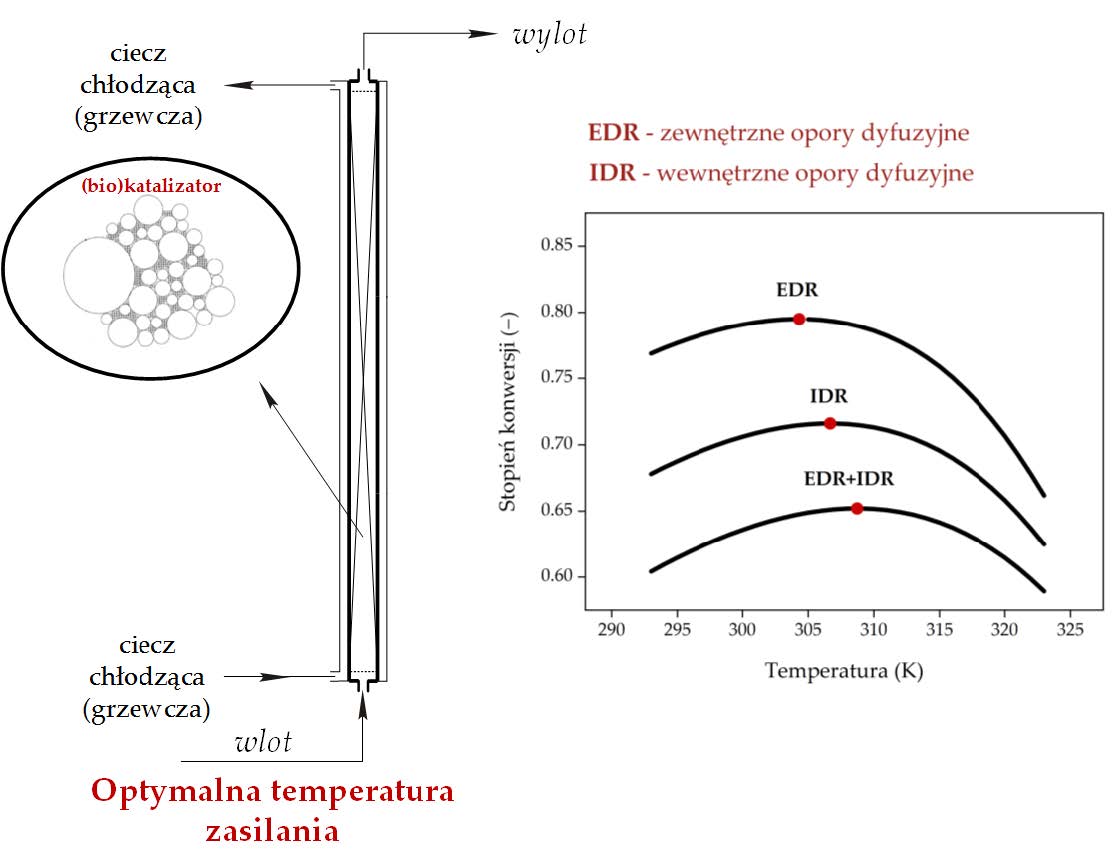 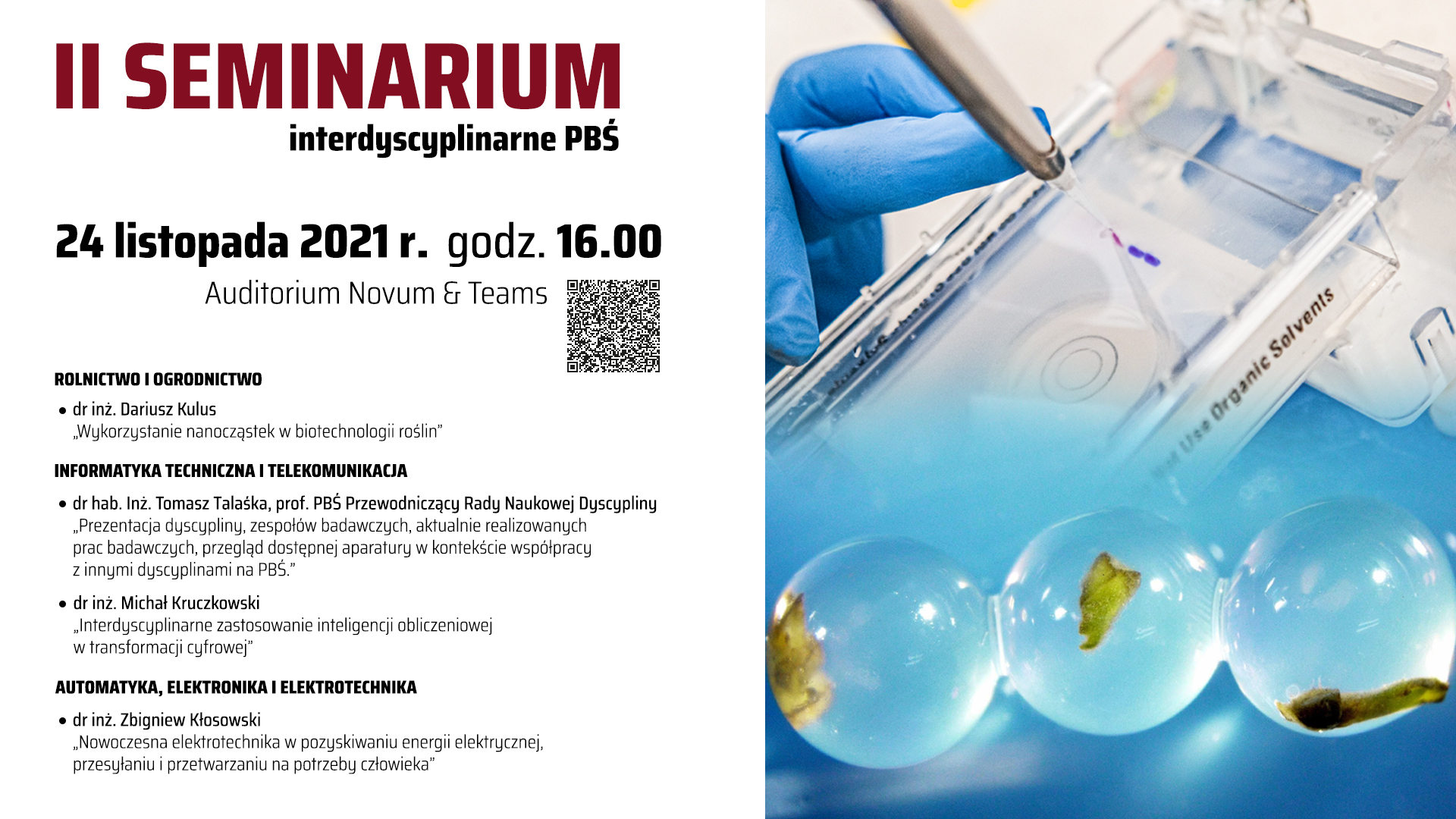